Editor, writer, website director, and marketing communications specialist with a passion for culture, social media, and mobile apps.  I'm a longtime organizer of independent projects and publications, plus a practicing artist with hands-on experience in all aspects of design, from conception to production management.  Equally obsessed with language, design, music, food, technology, enterprise, art, animal rights, and data, not necessarily in that order. Constantly expanding knowledge, always eager to share and mentor. 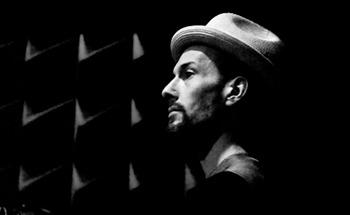 Now you can add political satire, in the vein of Zappa, to the long list of Leonhart’s accomplishments. As a composer, he heard tantalizing musical possibilities in the blowhard locutions of The Orange One; he was especially struck by the way Trump’s bombast has helped to stir up an avid following. Leonhart explains that he became fascinated by “the sound of someone who has such bluster, who can command attention just because of what he sounds like. He’s like a carnival barker.” 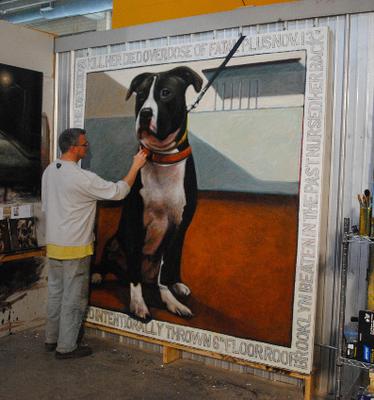 Artist Mark Barone's Portrait Project: 5,500 Shelter Dogs Who Are Gone, But Will Never Be Forgotten

Artist Mark Barone wants you to see 5,500 faces that you will never forget. That number, 5,500, represents the average number of dogs killed in this country’s animal “shelters” in a single day (the number of cats killed is nearly double, about 11,000), and when Barone and his partner, Marina Dervan, learned this — along with other depressing details on how our culture handles stray and abandoned companion animals — their lives changed forever. Now, the couple is devoted to creating a permanent portrait memorial for killed shelter dogs and to inciting social action to bring about a no-kill solution for all shelter animals. 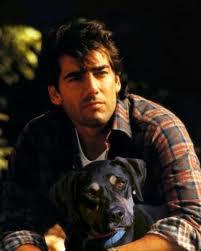 In 1990, actor Ken Wahl seemed to have it all: A starring role on a critically acclaimed TV show; Emmy nominations; a Golden Globe best actor award; magazine covers, including a “Sexiest Man on TV” citation from US Magazine (a title that he still reacts to with a cringe); movie offers from top directors; and women mobbing him wherever he went. Oh, and more money than a working class high school dropout could ever dream of, money that he shared freely. Wahl was so generous with family, friends — and even hard-up strangers — that he earned the nicknames “Santa Claus” and “Elvis” on the set. Yet shortly thereafter, at the very height of his fame, he lost this fortune, along with his health, and fell into relative obscurity almost overnight. 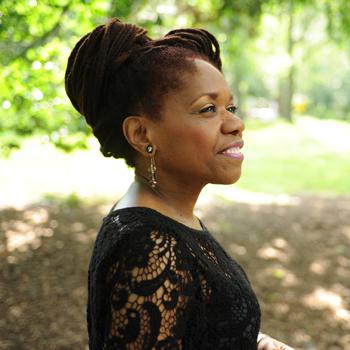 Catherine Russell: The One Singer You Need to Hear Now

If you don’t know of singer Catherine Russell yet, you are missing out on a legend hiding in plain sight. With an astonishingly rich, multi-faceted voice that can swing, lilt, belt, and sweetly croon with equal ease, this gifted vocalist has long been a presence on major concert stages and records as backup singer (for such artists as David Bowie, Steely Dan, Jackson Browne, and Rosanne Cash). Since 2006, when she released her first solo album, Cat, she has established a strong reputation as a solo jazz and blues artist. 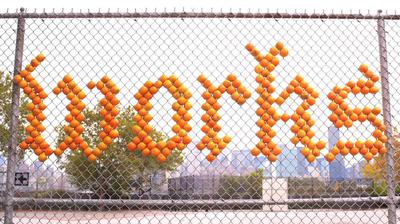 So I didn’t eat one of the chocolates, or chew one of the happiness-rated yellow gumballs, writes Joan K. Smith. I most certainly didn’t ‘Do a booty dance in front of the spider web’ as my wall-dispensed card advised (below). I didn’t pedal the bicycle that generated neon messages (due to the long line of others waiting to do it). But the all-encompassing experience that is Stefan Sagmeister’s ‘The Happy Show’ at the Philadelphia Institute of Contemporary Arts (ICA) did put a smile on my face. 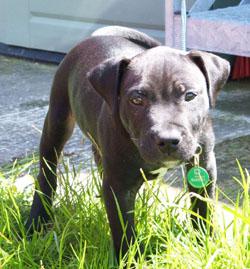 No Justice, No Mercy for Lennox the Dog in Belfast

Last month I wrote about Lennox, the well-behaved Belfast family pet sentenced to death under the U.K.’s breed specific legislation (BSL) because of his resemblance to what is known as a “Pit Bull Type.” Due to a number of flaws and inconsistencies in the case — not to mention the fact that the first appeal was reviewed and denied by the very same judge who handed down an earlier sentence — there was reason to hope that the higher court judges would find reasonable grounds to hear this appeal. This morning, devastating news quickly spread across the internet: Case lost. Request for appeal denied. A high court in Northern Ireland did the unthinkable, and upheld Lennox’s death sentence, clearing the way for what is kindly described as his “euthanization.” 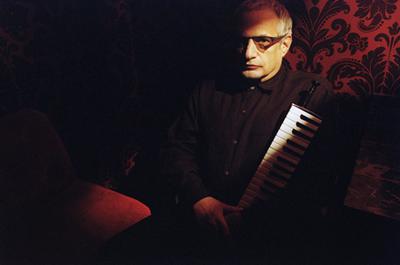 As the 'Mood Swings' Tour Opens, a Conversation With Steely Dan's Donald Fagen

Steely Dan’s 2013 tour, fabulously titled “Mood Swings: 8 Miles to Pancake Day” (really!), opens this weekend. Coming on the heels of Donald Fagen’s latest solo album, Sunken Condos, and only two years after their last tour, Steely Dan is proving itself one of the 21st century’s most consistent, and unfailingly impressive, touring acts. Yes, this is the band that came to symbolize finely honed studio production, even completely dropping off the live performance scene between 1974 and 1993. Although principals Walter Becker and Donald Fagen are both now in their 60s, they show no sign of slowing down the pace. 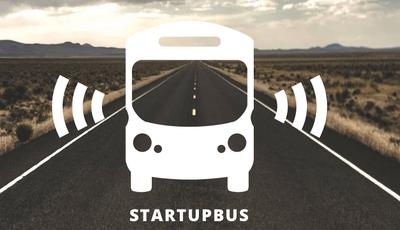 From Odysseus to the Merry Pranksters, the road trip is the ultimate rite of discovery. This classic rite is taking a new twist on highways across the country from March 8 through 10: As I write, six buses filled with teams of sleep-deprived innovators — hackers, designers, marketers, dreamers — are headed to Austin, TX on a collective quest to prove that, with the right combination of energy and talent, a viable business startup can be launched from scratch in just 48 hours. 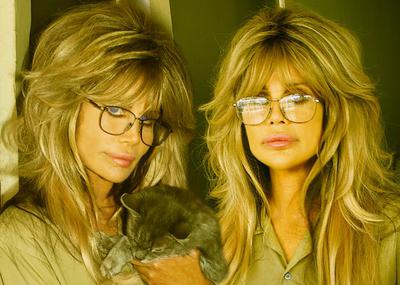 Famous for Something, Indeed: The Barbi Twins Take Tangible Action for Animal Rights

Fame is a powerful commodity, yet how many celebrities parlay this fame into something that will make a real difference in the world? And beyond that, how many actually go beyond writing a check or lending their endorsement to actually turning their commitment into full-time work? Shane and Sia Barbi, the blonde bombshell models known as the Barbi Twins, jokingly refer to themselves as “famous for nothing.” Although they are certainly known to millions who bought their calendars, posters, and bestselling Playboy issues in the 1990s, there are equally as many in the animal rights world who only know of the Barbis for their current animal activist work . These identical twins, vegans and dedicated animal activists since the late ‘80s, have not merely used their fame to endorse awareness but have rolled up their sleeves, put feet to the ground, and now work 24/7 to promote meaningful action for “those who have no voice.” 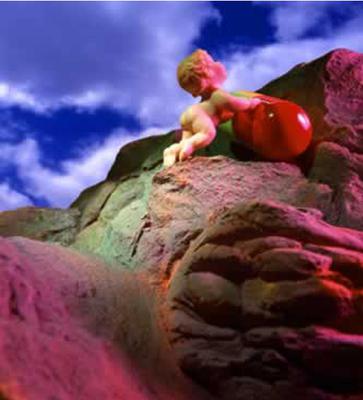 Raised in mid-century Levittown suburbia, photographer Charmaine Caire has a keen eye for symbols of cultural artifice. As a longtime member of the Dumpster Divers, "a group of artists who liberate material cast-offs from landfill doom " Caire has amassed a stockpile of tiny toys, backdrops, and other prefab relics; this trove provides the raw material for her "alternative realities in miniature," vividly radioactive photographs of surreal vignettes that deliver equal doses of humor and menace. 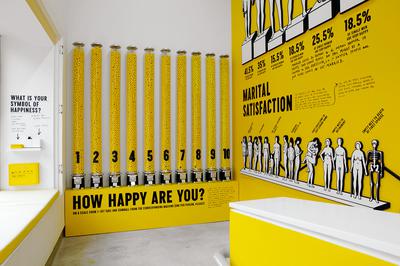 Philadelphia ICA, never an institution to shy away from re-contextualising culture and art, has a long tradition of giving exhibiting artists free rein to transform the space. And if ever there was a subject worthy of being set loose here, it would be Stefan Sagmeister, who has made a career of sidestepping industry conventions in favour of roguishly fashioned, provocative work that goes beyond design functionality to exist as conceptual art in and of itself. 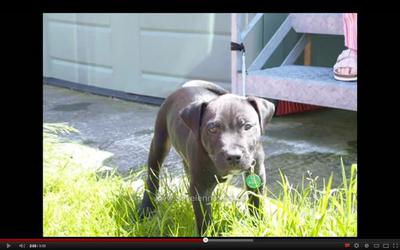 One Last Plea to the City of Belfast: Save Lennox and Save Face

At this point, the family’s only remote hope to spare Lennox’s life is for the city of Belfast to agree to allow him to leave Northern Ireland for adoption in a country where his existence is not banned by breed specific laws, and this is their last-ditch plea. Without this intervention, his death sentence could now be carried out on Monday, July 9. 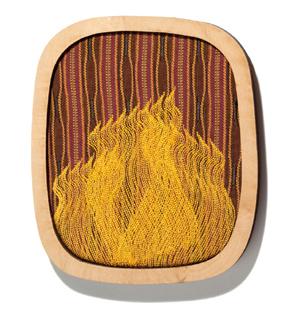 Cataclysmic forces of nature, man-made disasters, unpredictable episodes of mass destruction: One might expect art inspired by these events to be of a grand and dramatic scale, brimming with emotive energy. And what about art created using the latest technology and industrial tools? Super slick and hard edged, maybe even with lights and moving parts, right? Not so fast. 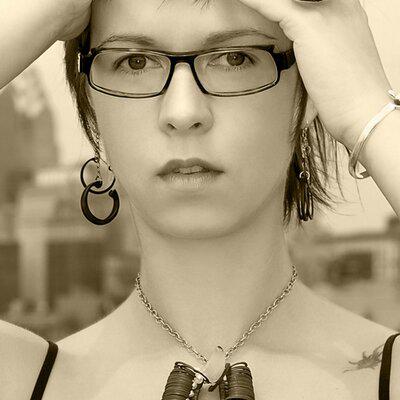 To call Zivile Pupinyte’s work “one-of-a-kind jewelry” or even “art to wear” would be just a bit of an understatement. Pupinyte’s work, which she calls “wearable, live sculpture” must be seen to be properly experienced in all its crazy, elegant dimensionality. Her work is not for the wallflower, but for the entrance-maker wanting to make a statement in a big way. 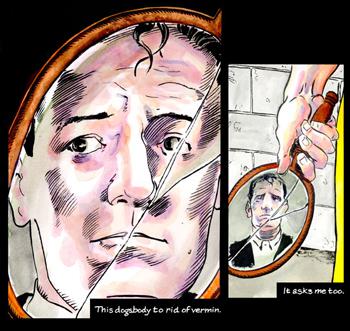 What Would Joyce Do? Ulysses Revisited -- In Comic Form

Here’s the thing about great ideas: sometimes the most brilliant ones are those that seem, in proposal form, to be the ludicrous, counterintuitive, and totally harebrained. Take one of the world’s greatest works of literature, James Joyce’s Ulysses, a weighty work of intricate depth that displays language at its most brilliantly musical — a work not normally described as very visual, much less narrative, what with its intertwined and overlapping elements. Attempts to make film adaptations have been inadequate — ending up as snippets of narrative illustration that generally strip the life out of a rich and lyrical work. Thus, visualizing Ulysses in any alternate medium is not met by fans and academics with grand enthusiasm, and any idea to do such would definitely fall into the realm of the lunatic, and possibly even heretical. So, along comes artist Robert Berry, with, of all things, a serialized electronic comic book — yes comic book — adaptation of Ulysses, called Ulysses Seen. Lunacy and heresy, right? 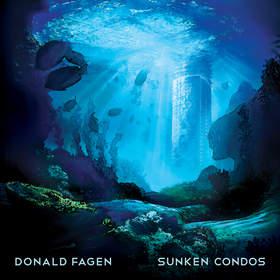 Donald Fagen — as a solo artist — is back as of October 16, and this time we only had to wait six years. Although he’s been a steady presence on the concert stage with Steely Dan and the “Dukes of September Rhythm Review“, the promise of a successor to his Nightfly Trilogy has been tantalizing. Speculation and rumor about the new Fagen album took on mythical proportions over the past few years, as bits and pieces of information — some real, some bogus — came to light. Each new revelation spurred animated discussion board debates. There were even jokesters who “revealed” made-up titles or track names for the hotly awaited work before the actual title, Sunken Condos, came to light. When the first single from Sunken Condos, “I’m Not the Same Without You,” dropped in September, it only heightened anticipation. With its lush opening horns, propulsive groove, and delicious background vocal harmonies, it was a shiny new incarnation of Fagen at his most Fagenesque, with a brightness harkening back to The Nightfly. More than one fan noted that the song felt like “going home." 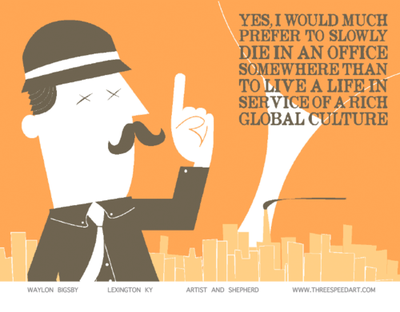 The Artistic Rebuttal Project: Making the Case for Art, One Non-Believer at a Time

Anger can be a powerful motivator. In artist Amy Scheidegger’s case, it was a group of obnoxious undergrads on the subway in West Philadelphia who spurred her to action. They were discussing college majors, and one made the highly educated observation “Art is, like, the most worthless degree anyone can get. Like, haha, they have a degree in making shit with popsicle sticks.” As general hilarity ensued and Scheidegger’s blood boiled, she made a quick exit from the subway car with a new determination: To rebut, decisively, the popular notion that art is worthless, especially among young people who in theory should be exhibiting a more enlightened attitude than that of their elders. 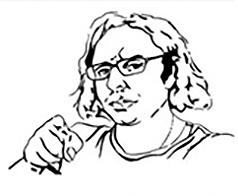 Philadelphia artist Nick Cassway is known for portrait installations that approach social issues with an earnest wit. In Cassway’s work, the media is an essential part of the message, as surface materials interplay symbolically with subject matter. The unusual media he’s adapted to imprinted images range from the concrete (literally, impressions in concrete) to the ephemeral (plastic bags strewn as litter) and ultra-ephemeral (retinal afterimages).
Close ✕